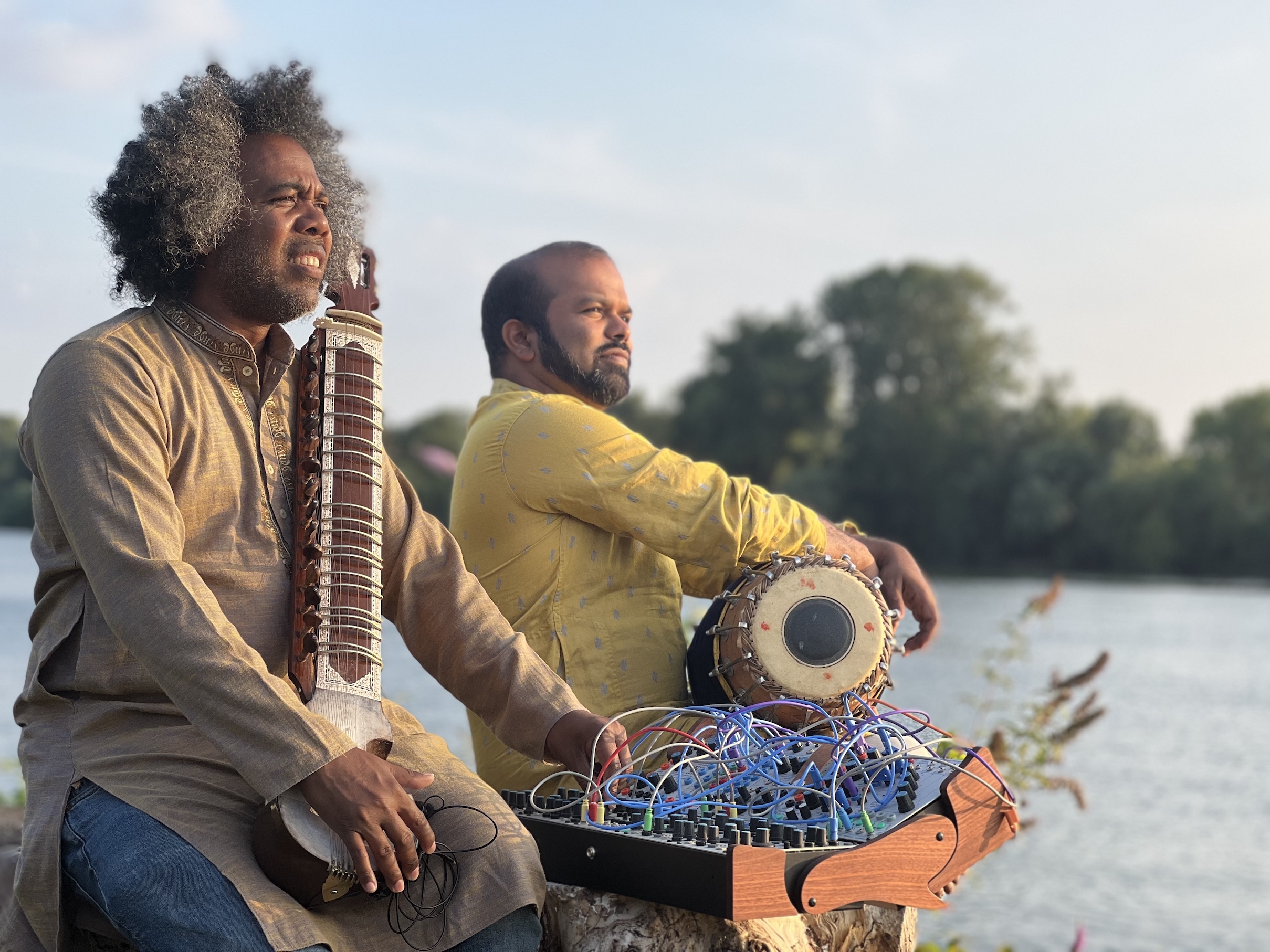 Omm is considered to be the sound of the universe, in which all vibrations are found. By mixing carnatic and tribal music from South India with electronic machines,
the two musicians offer us a journey around the “Omm” sound.
The aim is to bring together Carnatic music and the electronic world and to make this traditional Indian music more accessible and contemporary.
traditional Indian music more accessible and contemporary.
The concert is punctuated by short interludes explaining the traditional instruments used and the inspiration for the music played.
the inspiration for the music played.
Note of intent
The artists Loya and Balakumar, who both have Tamil origins, met during the shooting of the video “Malbar dance“.
the shooting of Loya’s video “Malbar dance” in 2016. After this experience, they wanted to create an entire
concert mixing the Indian tradition that was created two 5000 years ago with the modernity of electronic
electronic music.
Indian mythology is the common thread in all the compositions. The cosmogony of the creation of
the Universe in particular. By choosing these themes we want to put the universe back at the centre of our
identity. In a daily life where we tend to focus on local and international news and events, we forget the immensity of the universe.
international news, we forget the immensity in which we live.