Born in Reunion Island. A french island in the Indian Ocean.

Following his course in school of Arts, Insula has built a creative process that places the concept of hybridity at the center of his work.

Multidisciplinary artist, deejay and music producer, Insula, for a few years now, has devoted himself to electronic music.

A life-changing trip to Madagascar helped reshape its musical identity through “Maloya“, one of the main traditional music from Réunion Island, and giving birth to a new line of production named “Tromba”.

This project mixes ternary’s rhythms of Maloya with electronic sounds.

A dialog between musical styles which evokes a Maloya transe, the cultural mixity of the West and the concept of a Maloya augmented by digital synthesis tinted in afro futurisme.

A #Maloyafutur if you may say, following the kreol touch electro movement.

Playing from a wide spectrum of electro Maloya to Kreoltech, Insula through his work tends to highlight ternary rhythms, traditional polyrhythmics end electro, from South-American, afro and Indo-oceanic diasporas. 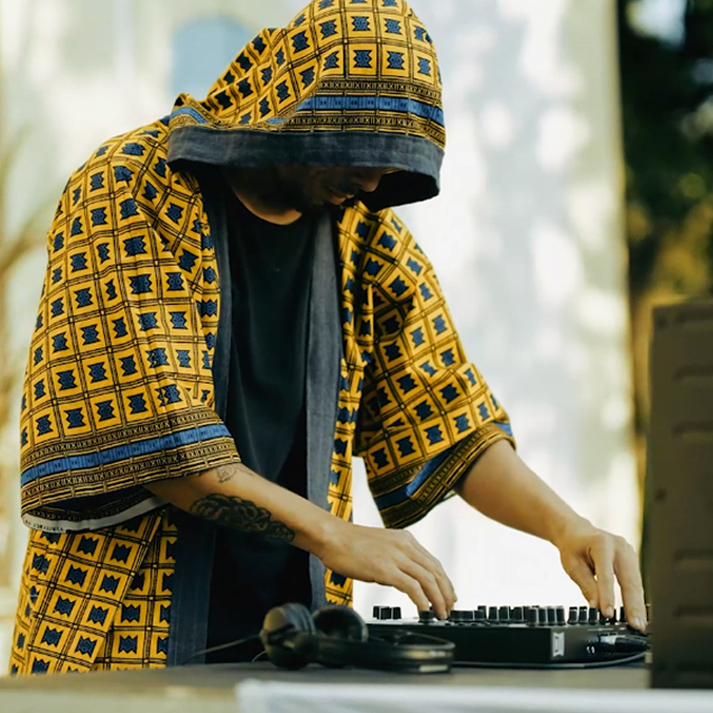